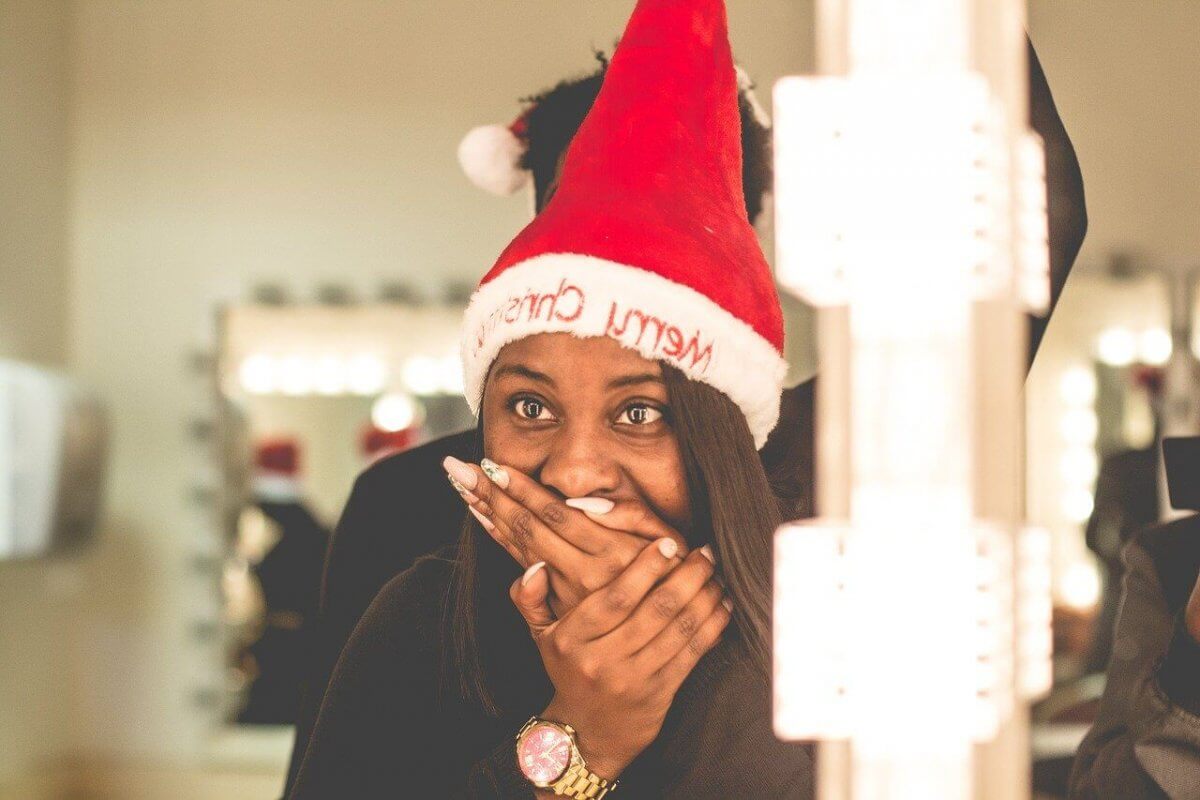 Be mindful of how you talk to expat families during the holiday season. And I mean this in the nicest way possible. Being aware of how you might sound with some of these “harmless” questions will help you to prevent fewer people’s feelings from getting hurt. Remember knowledge is power.

Top 10 NOT so “harmless” questions during the holiday season:

1. Are you going home during the holiday season?

Well, not that international travel is that much fun during the holiday season.

Instead, asking people this particular question just reminds them that they don’t get to go home for the holidays.

Just imagine that you won’t be able to be with your loved ones for the holidays. I know that would be awful!

Maybe just ask “what are your plans for the holidays” instead!

2. Don’t you wish you were with your family for Christmas?

Are you even serious with this question?

I know you don’t mean to hurt anyone, but you got to admit this isn’t the best question for an expat family to hear during the holidays.

Sure there might be a few people out there who don’t want to spend their holidays with their families. But most people aren’t one of them.

I have yet to meet an expat family that doesn’t want to take their family to their home country for the holidays.

3. Do you miss your family during the holiday season?

Yes! And there is a huge possibility that the person you are talking to misses his/her family more than just “during the holiday season.”

Living far away from your home country and your family is tough.

Every time my kids are sick I wish I could call my mom to come over and help me with the kids. Or every time I’m bored I wish I could go over to my sister’s house for coffee.

In fact, I wrote a separate blog post on how to deal with homesickness during the holiday season. Because it affects other people (including myself).

4. Aren’t you glad you don’t have to sit in traffic to go home for the holidays?

Sure nothing about a traffic jam seems appealing to anyone.

But let me tell you, I wish I could get in my car and drive home to see my family. Instead, I need to get on two different airplanes for a total of 13 hours and a 2 1/2 hour car ride to get home.

However, I can’t even afford to go home for the holidays every. single. year because it would cost me thousands of dollars.

So no, I wish I could be stuck in traffic to go home for the holidays.

5. Do you celebrate the holidays without your family?

Again not the best question, but I hope people have gotten a “yes” answer in the past. But I suggest not to ask this question.

Besides, I hope that every single expat family still celebrates their holidays even though they are far away from home. I hope it doesn’t stop them from celebrating!

However, I can imagine that there are people who are going to bed early to just have the day be over with because they are heartbroken.

If you are one of those people or you know someone who needs support, tell them about my support group for foreign moms. A community that supports one another in a safe environment. It’s hard enough to be a parent just imagine being one in a foreign country…

6. Are your kids sad not to see your family for the holidays?

This is a tough question for moms because it automatically triggers something that is called “mom guilt.” I’m sure some dads feel the same way.

Anyway, it gets very difficult when kids get older because they really seem to understand the downside of having family living overseas, such as them not being there for the holidays.

Yes, many children are sad not to see their relatives for the holidays.

7. Wow, it’s been X? years since you have been home for the holidays.

But obviously there are other reasons people don’t travel during the holidays:

In the end, you never know what some people are going through.

It’s not always as obvious as it might seem…

8. Do you have a place to go for the holidays?

You know there is nothing like being with family for the holidays. But here is something that took me a while to figure out.

Your home is where your heart is. There is a truth to that saying.

I do have a place for the holiday season. In the arms of my family, even though it is incomplete without my family from overseas.

But for the sake of my family, I have to be strong and see what’s right in front of me.

However, if you know someone who doesn’t have anyone to spend the holidays with you could always open your home to that person. Just saying…

Maybe one day you will be happy that someone is doing that for you!

9. The holiday season is coming up probably not a good topic for you to discuss? You know with your family being away and all.

So why ask then?

How about “do you want to go out for coffee sometime?” Just show some support.

The last thing a person who is far away from home wants is to think about is what they have left behind.

Believe me, when I say you grabbing some coffee with that person will go a long way.

10. Will you ever go back for the holidays?

I don’t want to sound like a broken record. But I will go back when I can.

However, I have met many expat families who chose not to go home for the holidays so they can go during summer break.

First of all, the weather will be better and they have to cover some part of the summer break with their kids anyway.

In my case, I always get excited about the summer vacation with my family and my family from overseas and around Christmas time I question my decisions. But my kids are always the most important factor in my decision making.

It’s such a special time of the year.

If I have offended you

Now, you might feel offended by this blog post. You might think I could have been more sensitive towards your feelings and where you are coming from.

And let me tell you I’m not trying to hurt anyone’s feelings here. In fact, I’m trying to protect the feelings of expat families from getting hurt.

Because being empathetic in today’s world is so important!

Want to learn more about the power of empathy? Check out this ted talk! You won’t regret it.

Welcome to The Foreign Mom Blog!

Welcome to my blog!!

I’m so excited that you are here. You will find lots of fun activities for kids and some of my own products to make your life easier! Don’t forget to check out my free eBook!

Businesses, I Have Worked With And My Kids Love!

The Foreign Mom is a participant in the Amazon Services LLC Associates Program, an affiliate advertising program designed to provide a means for sites to earn advertising fees by advertising and linking to Amazon.com.

All products I highly recommend. I won’t put anything on this page that I haven’t verified and/or personally used.